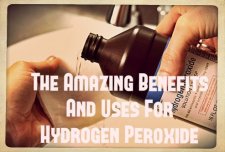 See what others say about our last Jamaican Retreat

Join the Acu-Na Community and always be the first to know about our events, seminars, special deals, and wellness news by email.